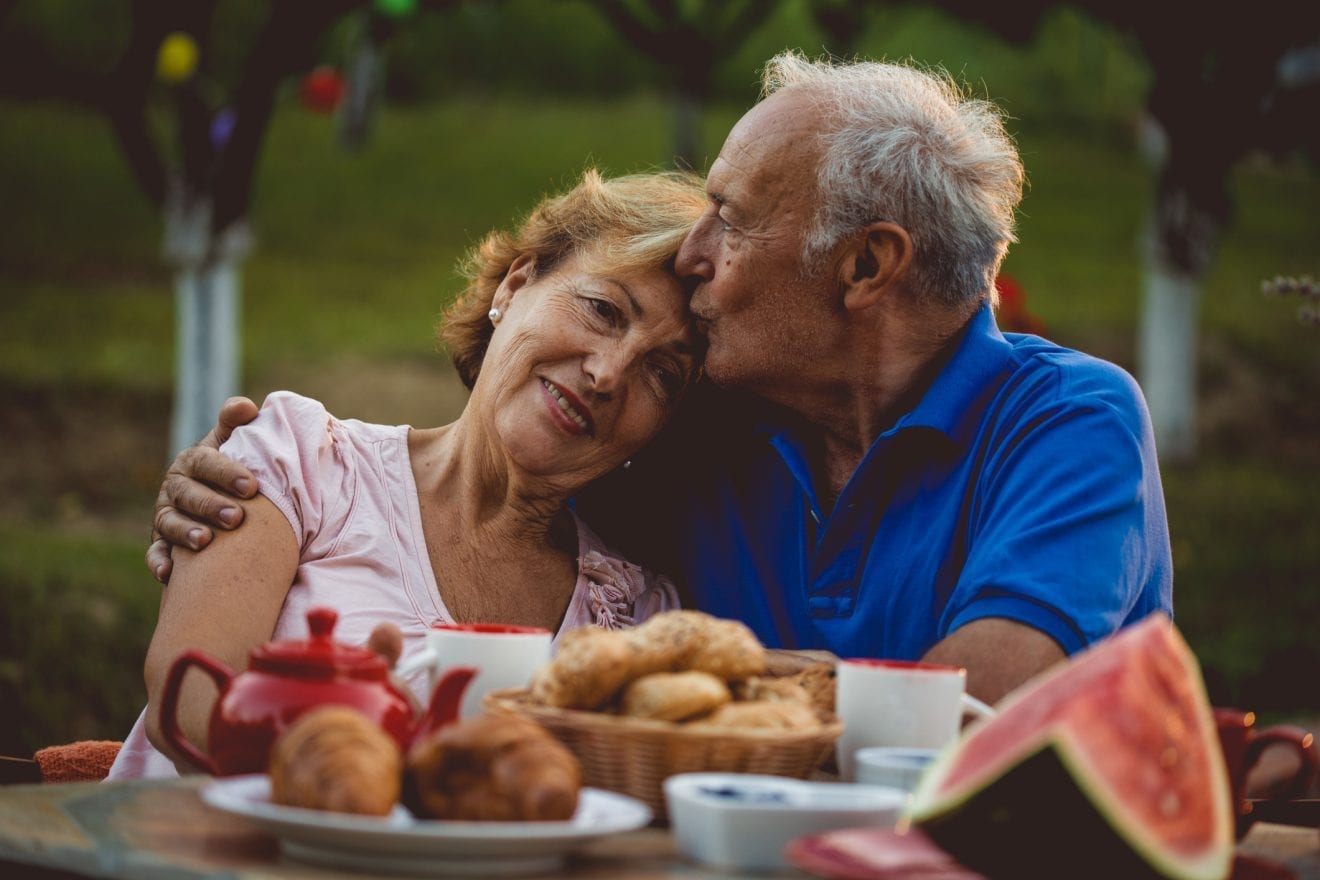 More than 90 percent of the population marries by age 50, according to the American Psychological Association. But just because people get married, doesn’t mean they really understand marriage. We asked women who’ve been married for at least a decade to share what they’ve learned about marriage. According to them, you don’t truly get marriage until you’ve been married this long. Here’s what there is to grasp . . . 1. Putting yourself first is important, too. “I would say that it takes more… Read More

More than 90 percent of the population marries by age 50, according to the American Psychological Association. But just because people get married, doesn’t mean they really understand marriage.

We asked women who’ve been married for at least a decade to share what they’ve learned about marriage. According to them, you don’t truly get marriage until you’ve been married this long. Here’s what there is to grasp . . .

1. Putting yourself first is important, too.

“I would say that it takes more than 10 years of marriage (for me even longer) to really learn that the best thing you can do for a healthy marriage is to put yourself first sometimes,” says Leslie Kasperowicz, managing editor for ExpertInsuranceReviews.com, who has been married for 19 years. “Marriage in the early years feels like a lot of time spent trying to make your spouse happy and often on adjusting yourself and your behavior to what you believe will make them happy. We’ve been given a lot of ideas about what it means to make a happy marriage, but rarely do those include putting yourself first. We have images of selfless spouses sacrificing for a perfect marriage in our minds, and they’re not realistic.”

For Kasperowicz, the perfect example of self time is getting enough sleep — even if that means separately from her husband.

“I have always been a poor, very light sleeper,” she says. “My husband, on the other hand, sleeps deeply and sometimes snores. For most of our marriage, I held on to the belief that I should continue to sleep next to him every night because sleeping separately was a sign of a troubled marriage to me, even if it meant I was always tired in the morning. I worried that I was abandoning my husband and thus my marriage somehow by sleeping somewhere else. But when circumstances pushed us to try separate beds I realized how wrong I had been all those years. Putting my sleep (and myself) first didn’t damage our marriage; in fact, it made it better. We still have a lot of intimacy in our marriage, and now I am not tired and short-tempered, which makes everything better for both of us. It takes many years of marriage to come to a place where you understand that the couple and the individuals both still matter and that you can take care of both yourself and your marriage at the same time.”

2. Being present is key.

“I just celebrated my 40th anniversary,” says Bracha Goetz, author of 38 children’s books. “After many years, I discovered the amazing effect it has on my husband when I give him my full attention and stop multi-tasking when he talks to me. He feels valued, and it feels like we are on an exciting first date now that will never end.”

3. You have to enjoy whatever life throws your way.

“No matter how life changes, our enjoyment remains constant,” says Melanie Musson, who writes for Exercise.com and has been married for 14 years. “We honeymooned cross-country on a motorcycle. We camped from a motorcycle. We rode to Sturgis for the rally every August. We loved being together on that bike. It seemed that without that bike, our fun would be gone. Then we had kids. And that beautiful and loved bike collected dust. But we, we had a different kind of fun. Different, but every bit as wonderful and exciting.”

When Musson’s daughter got sick, however, she and her husband thought they’d lose her. Though she’s still surviving, Musson says that her daughter’s struggles aren’t what she’d imagined in her “young mom dreams.”

“But we, we continued to have a deeply fantastic life,” she says. “Four daughters have joined our union and our fun consists of things like laughing at ourselves for our failed attempt at teaching our two-year-old wild child to ski and roasting marshmallows on summer evenings. The bike still sits in the garage. The memories are too wonderful for us to part with it, but we have every bit as much fun now as we did then. Our life is fuller. And our love is deeper. And I could not have known that without experiencing it. I know that, as long as we have each other, we will always find the joy of life.”

4. You should have more intimacy.

“What I learned being married this long is to always have sex — even when you might not feel like it,” says Alina Adams, who has been married for 20 years. “It’s never a waste of time.”

5. You should never keep score.

“Don’t keep score,” says Kim Higgins, who has been married for 30 years. “It’s easy to say ‘I did this, but you didn’t do this; I am doing more.’ No good comes from keeping score. At times in your marriage, one is usually doing more than the other — and then it will swing back the other way.”

“I am a romantic — my husband, not so much,” says Carol Gee, author of Random Notes. “As a newly married woman, my idea of romance was loving gestures, chocolates, lacy underthings, holding hands and his constantly looking into my eyes with love, etc. First, my husband’s idea of gifts was appliances, like a four-slide toaster gift wrapped in a lovely red bow at Christmas. His thought was that a four-slice toaster was better than the three two-slicers we received as wedding gifts. A blender two months later on my birthday followed. He also wasn’t comfortable with affection and holding hands. In fact, it wasn’t until years later and a two-year marital time-out at year 13 that I realized that he loved me, but was more comfortable sharing it in different ways.”

Instead of chocolates and hand-holding, he’d put air in her tires because he wanted her to be safe. He’d have her car washed and detailed because it needed it, and he thought it would make her happy. When her kitten passed, and she says she was inconsolable, he went out of his way to buy her a new one.

“Forty-six years later, I now realize that love isn’t only about grand gestures and things that cost time and money,” she says. “Real love is often about simple gesture… which is something I failed to recognize at year 13.”

7. You will need to make sacrifices.

“I am a wife and mother of more than 30 years, and I would argue that one doesn’t know their strength until they have been married more than 10 years,” says Lisa Swift-Young, co-founder of 4 Curls and author of Pause 2 Praise: 30 Days to Happier and Healthier Relationships with your Adult Children. “I married at 23 years old, and I could not have known the triumphs and trials of marriage until I stuck it out for more than 10 years. Women are multidimensional, and marriage presents opportunities to grow in ways that test your resolve and resistance. My negotiation skills have been significantly heightened because marriage offers numerous opportunities to practice. If you are fortunate enough to marry the right person, you will learn the meaning of ‘iron sharpens iron.'”

8. The tough times make you stronger.

“I feel the biggest growth in our marriage occurred after 10 years of matrimony,” says Jane Wilson, who has now been married for 23 years. “We went through a rocky period and, thankfully, made it out the other side. Because of our perseverance, we have a deeper connection. We learned more about forgiveness, compassion and recognizing that we make mistakes. The first 10 years was like a fairytale, but this next phase of 10 years feels  deeper and stronger.”

9. You will argue, and that’s okay, so long as you hold onto respect.

“My husband and I celebrated our 20th anniversary this year,” says Linda Walker, who has been with her husband for 26 years. “When we were first married, he told me that there are two things that are very important to him. 1. Never leave the house in anger. 2. Never talk to each other above a conversational tone.  I have been very good with the first one, but sometimes have to work on the second. We have a wonderful relationship, and I have learned so many things in our marriage that have helped create the happy home we share.”

Walker says she always tells her husband that she loves him (even when he frustrates her), and they always kiss each other goodbye when they leave the house.

“I have to remember that it’s not always about me and be sensitive to his wants and needs,” she adds. “I never ever say anything in front of other folks that would embarrass him or be disrespectful. I have learned not to dig my heels in during an argument. While I may believe that I am right, I am always willing to listen to his point of view and, oftentimes, I see that maybe I was wrong, regardless of the issue. And, the most important thing of all is to know that neither of us is perfect. We argue. We fuss. We make up. But we always have respect and love for each other.”

10. You can never change anyone.

“I’ve been married for 17 years, and I’d argue you have to be married a long time to realize that you can’t change people,” says Manda J, a family lifestyle and travel blogger. “If you marry someone who is a slob, that’s what they are. Or if you marry someone who isn’t a morning person, that’s just what they are. You will never change the person you marry. Their traits are their traits. If you don’t like certain characteristics or you think something is a deal-breaker, don’t think you can change it.

THIS ARTICLE ORIGINALLY APPEARED ON FAIRYGODBOSS. AS THE LARGEST CAREER COMMUNITY FOR WOMEN, FAIRYGODBOSS PROVIDES MILLIONS OF WOMEN WITH CAREER CONNECTIONS, COMMUNITY ADVICE, AND HARD-TO-FIND INTEL ABOUT HOW COMPANIES TREAT WOMEN.

What do you think? 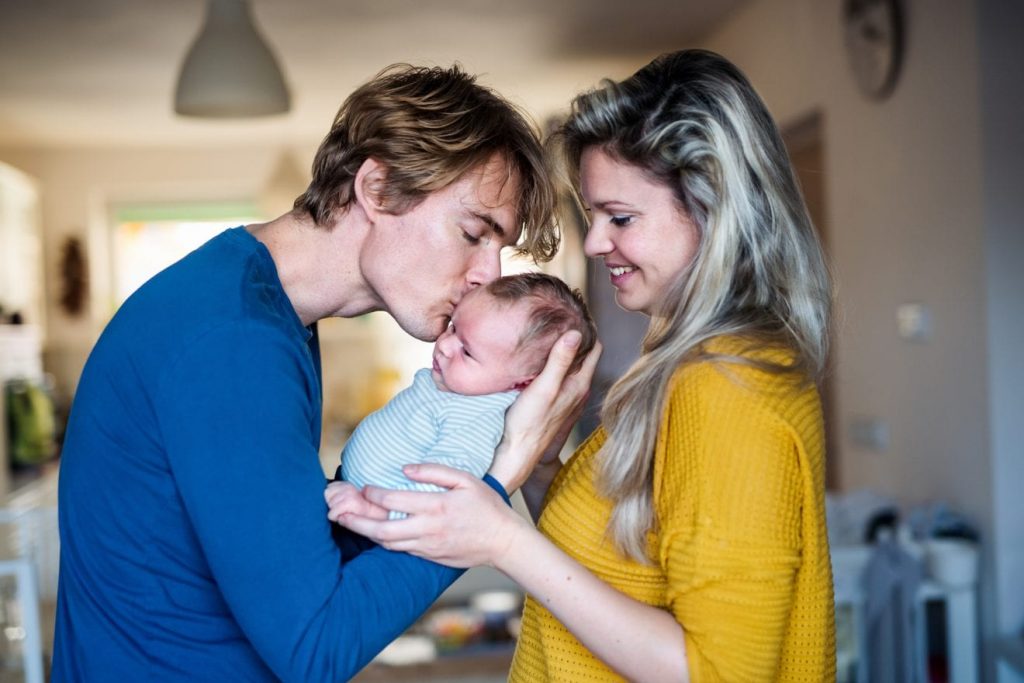 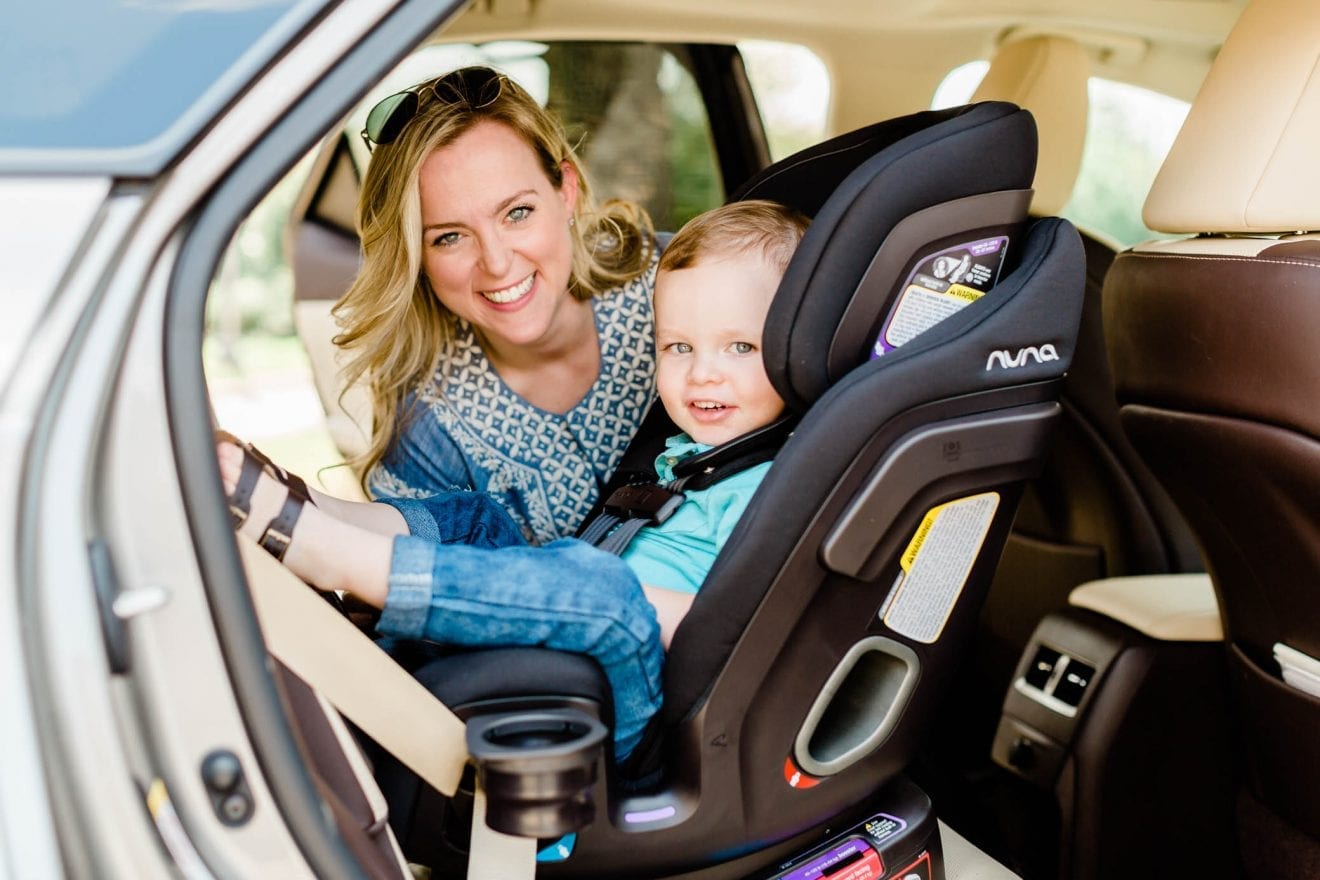 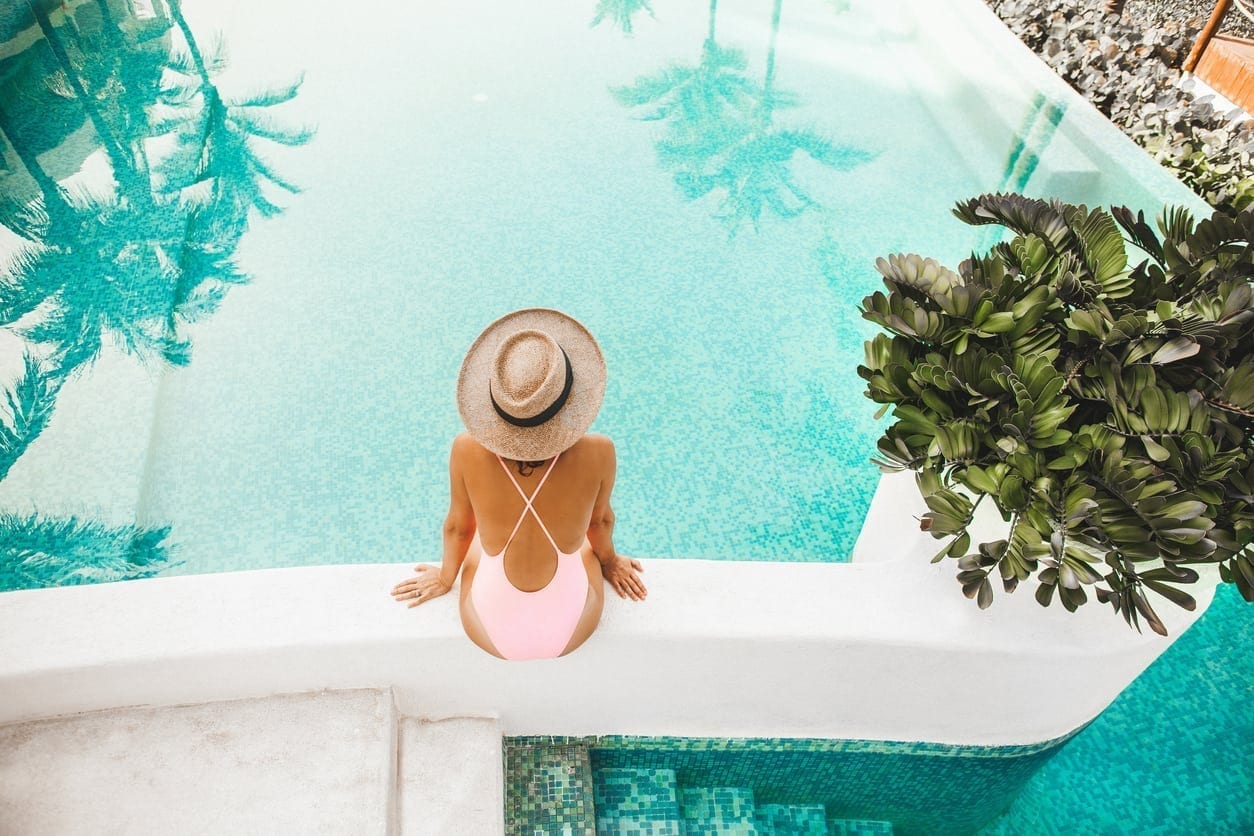 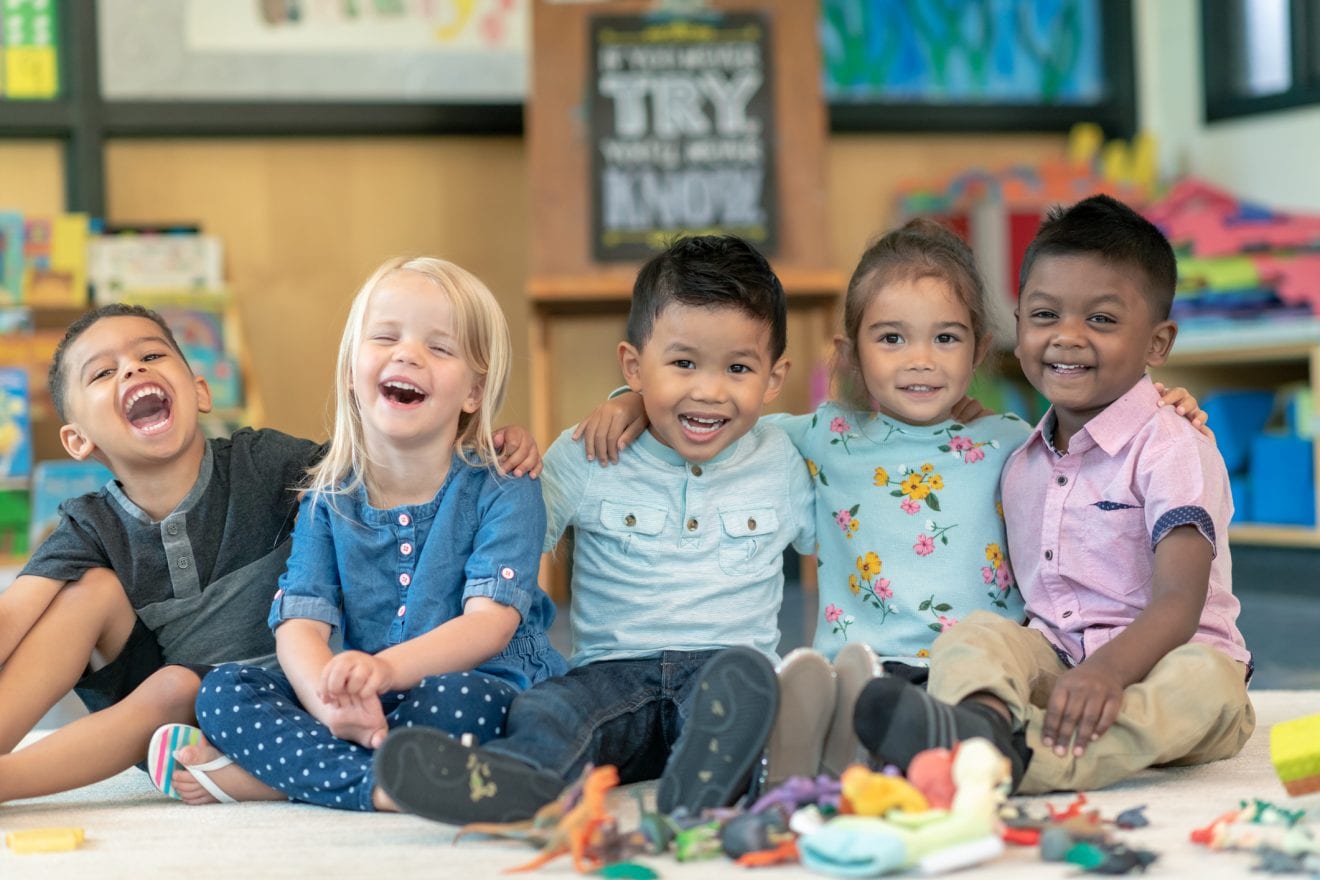 How Parents Can Prepare for Potty Training – Podcast Ep 38 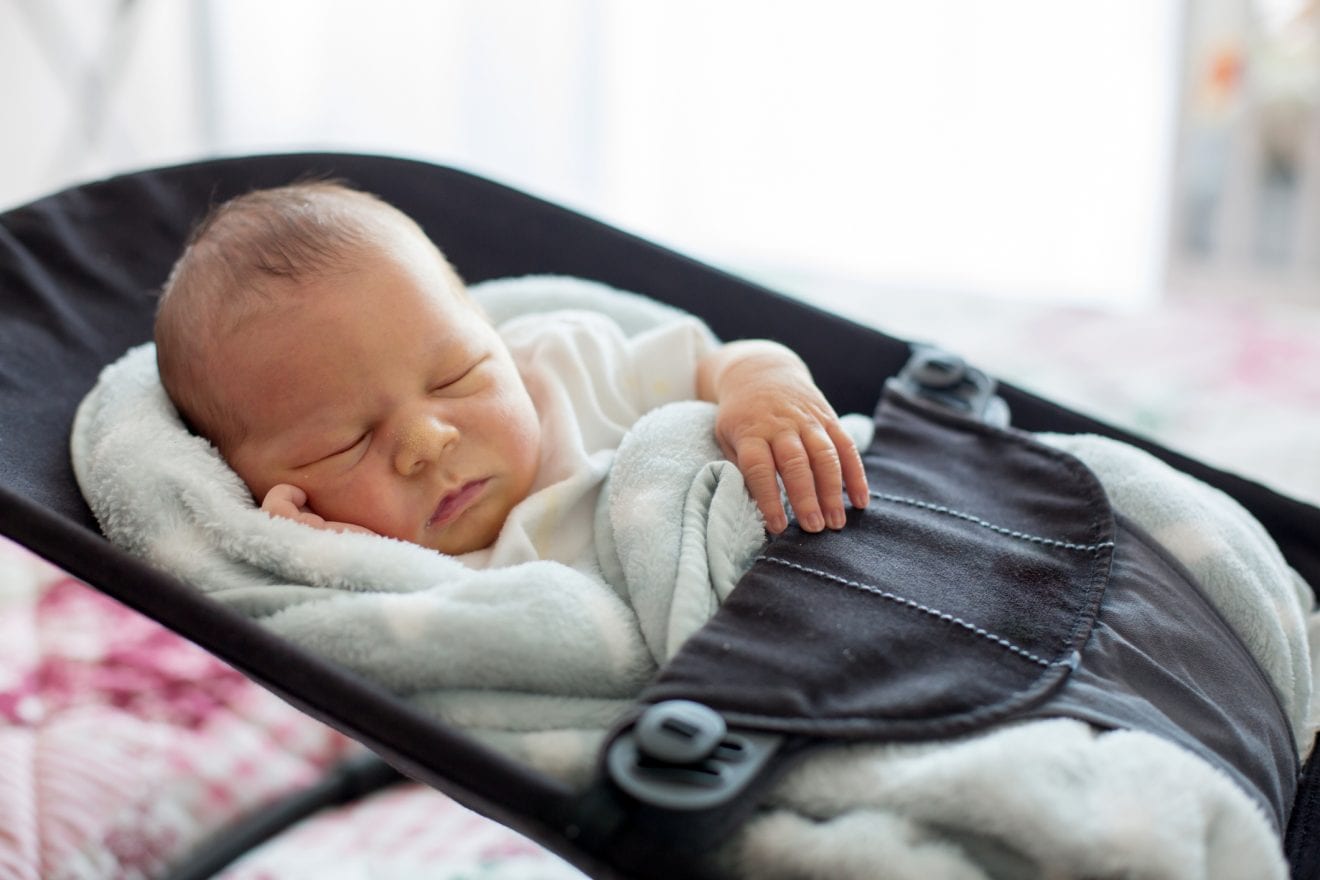 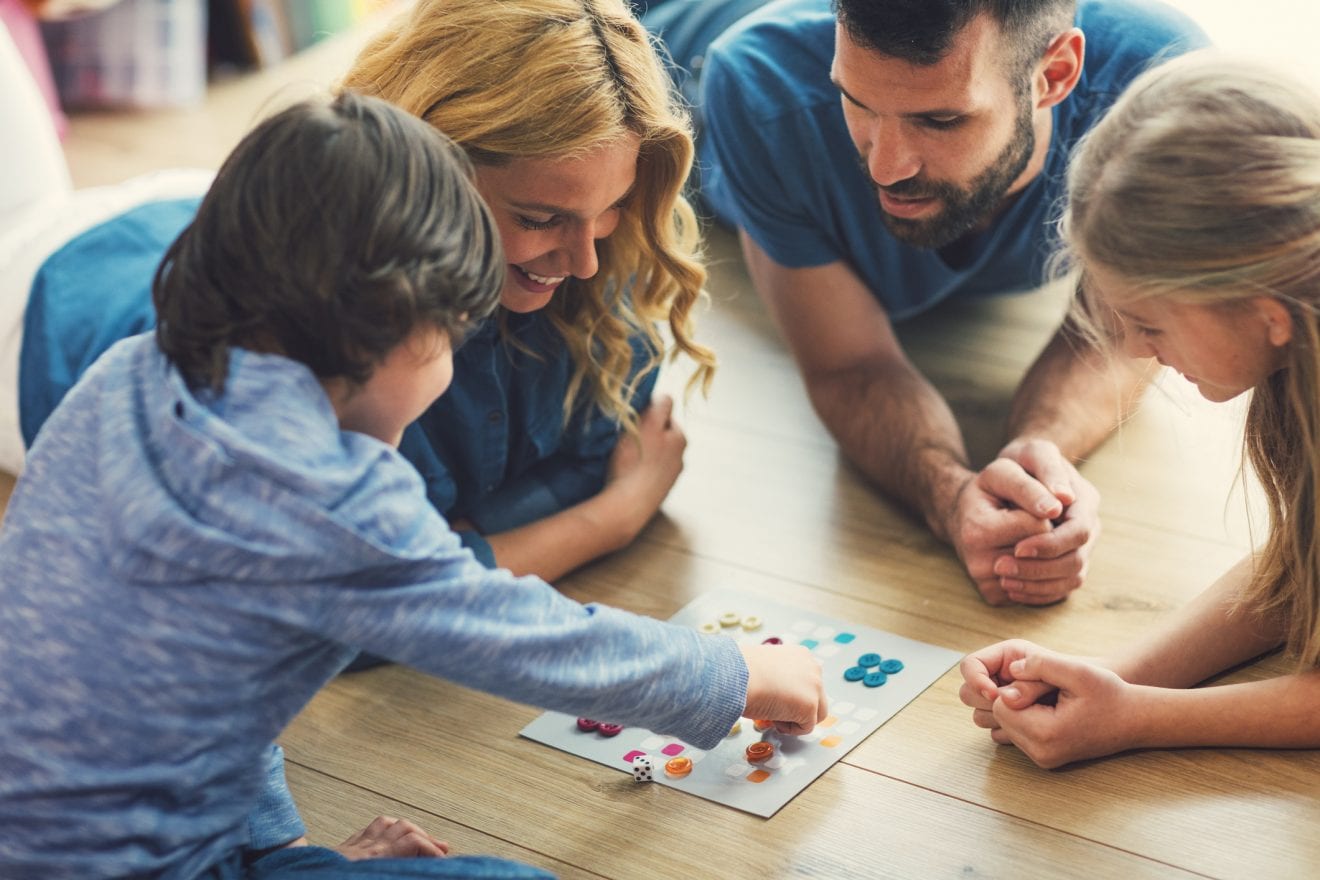 Best Games to Play for the Whole Family